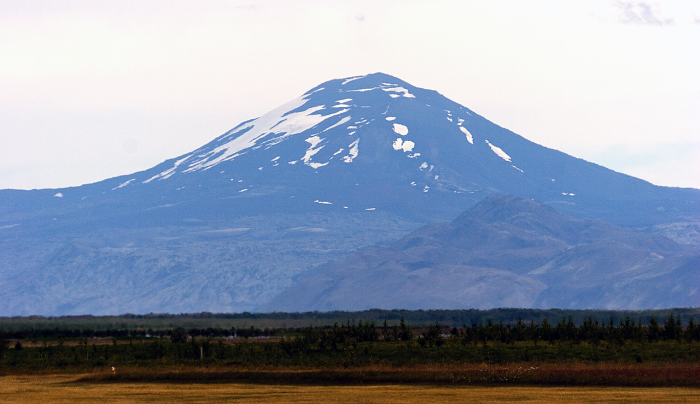 Photograph by Eggert Norddahl, used under exclusive permission. All rights reserved. To use this or any other image by Eggert, contact Volcano Cafe or Eggert Norddahl directly.

Hekla have one of her days today. It all started at 08.56 with a small earthquake located at Árnes close to Haukadalur SIL-station. The earthquake was clearly tectonic and at a respectable depth of 6.2km. The earthquake will most likely be revised later as it is of low probability due to low energy released. What makes this earthquake interesting in relation to what followed is that during the weeks before Hekla 2000 the area had a small number of low energy earthquakes. 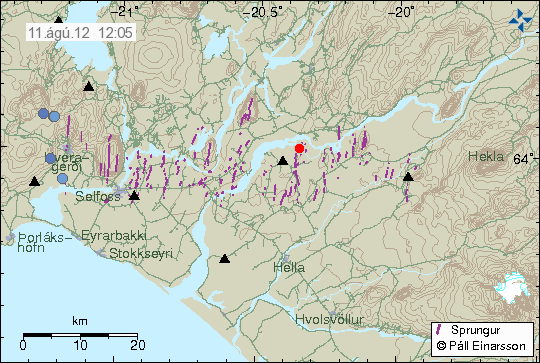 A couple of minutes later the new (installed after the 2000 eruption) borehole strainmeter at Hekla registered a medium sized, but long lasting negative mountain strain transient. During the last eruption the largest recorded strain was recorded at the more distant Búrfell. The idea of installing Hekla borehole strainmeter was to see if it is possible to pick up pre-cursor strain falls. As I am writing this the negative drop in strain is still ongoing. 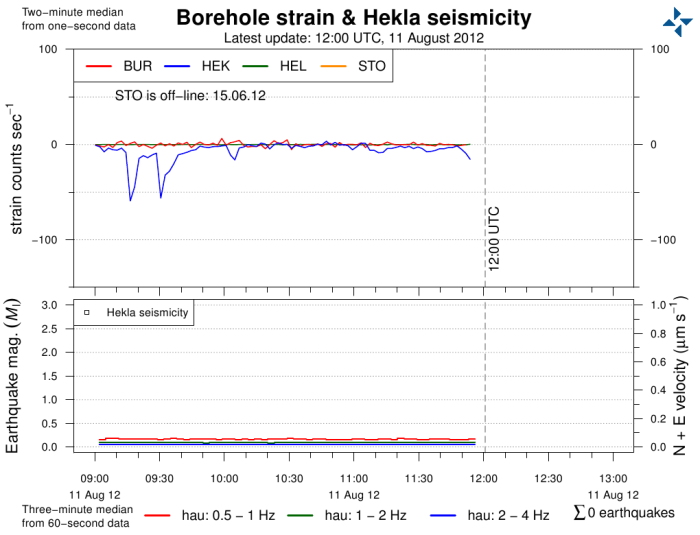 Image by IMO. The initial stages of the mountain strain recorded by the Hekla Borehole strainmeter.

A couple of small spikes are showing on the Mjóaskard SIL-station, but they are to small to pinpoint them as earthquakes, at least the exact location. Also, a small tremor ranging from 1,5Hz and upwards started at 11.35 local time. 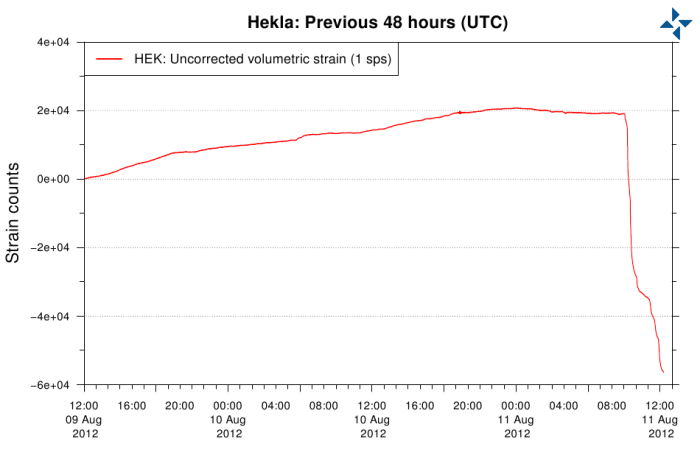 Image by IMO. Strain at -6E+04 and counting. Negatve mountain strain building up.

Is this then the run up for an eruption? Sofar it is not likely. We still miss the tell tale swarm of small earthquakes (0.2 to 2.0M), a large negative strain drop at Búrfell borehole strainmeter, and of course a rapid increase in harmonic tremor on all stations. This can though change at any time. As mountain strain builds up the likelyhood of earthquakes increase over time.

I would not recommend climbing Hekla today.

263 thoughts on “Odd strain at Hekla”