Riddle #15 on Sheepy Dalek and NtL XXII, an evil riddle and answers to Name that Lava I and XV: Pico del Teide 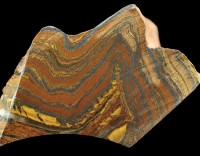 Yes, German, sub-marine hydrothermally altered lava may exist, but it’s not me; I suppose I’m just a bit of an ole’ ‘rusty’ prototype rock!
What is my name?
What do I look like! 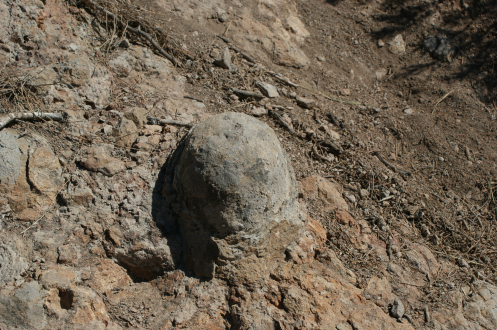 Correction, the solutions to the very first Name that Lava competition was Gran Canaria not Teide. 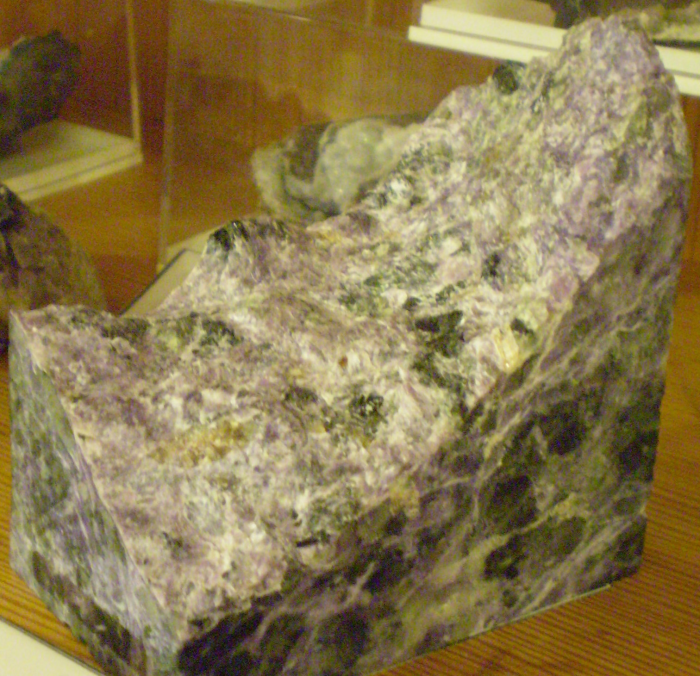 Photograph by Hailey. Please click to see a bigger version.

Norilsk deposit, a part of the Siberian traps.
Charoite:
Quote Wikipedia: “Charoite (K(Ca;Na)2Si4O10(OH;F)·H2O), pronounced CHAR-oh-ite, is a rare mineral, first described in 1978 and named for the Chara River. It has been reported only from the Sakha Republic, Yakutia, Siberia, Russia.[3] It is found where a syenite, the Murunskii Massif, has intruded into and altered limestone deposits producing a potassium feldspar metasomatite. Charoite is translucent lavender to purple in color with a pearly lustre. However, it is a discrete mineral rather than a rock. Charoite is strictly massive in nature, and fractures are conchoidal. It has an unusual swirling, fibrous appearance, sometimes chatoyant, and that, along with its intense color, can lead many to believe at first that it is synthetic or enhanced artificially.”