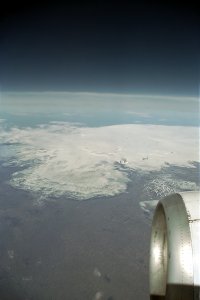 This is one of the most famous Icelandic folk songs, talking about people riding over the highland desert, on the Sprengisandur track, hurrying on horseback over the barren land between the majestic glacier volcanoes, thinking about ghosts haunting the wind-blown valleys between Hofsjökull and Vatnajökull. 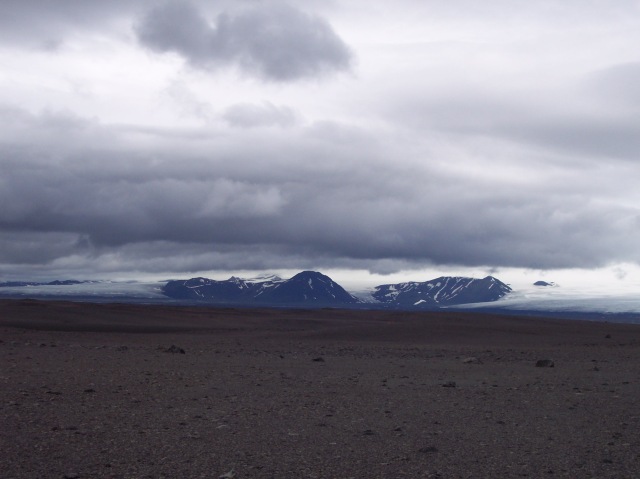 This is Hofsjökull glacier volcano. But they will also be traveling past Bárdarbunga volcano. Without being as well-known and popular with the media  as her colleagues Katla and Hekla, Bardarbunga is a volcano which deserves remembering.

Bárdarbunga, a big volcanic edifice and central volcano located under Vatnajökull in Iceland, has been showing unrest for some time now. There was esp. the glacier run (jökulhlaup) from June 2011 into the reservoir Hágöngulón in the highlands of Iceland. But also lately, growing unrest showed on the tremor charts of IMO: 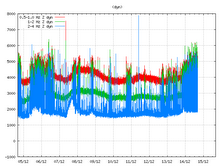 Under the five big ice caps which together cover about 10 % Iceland’s surface, there are located 9 or 10 central volcanoes incl. parts of their fissure systems. Under Vatnajökull alone, there are 2 twin systems of basaltic and rhyolitic central volcanoes, i.e. Grímsvötn-Gjálp and Bárdarbunga – Hamarinn/Loki-Fögrufjöll,  Kverkfjöll in the north, all of these part of the EVZ (Eastern Volcanic Zone of Iceland), and two separate active central volcanoes, Esjufjöll and Öraefajökull, forming a separate belt in the east. (Thordarson, 2007)

Bárdarbunga central volcano, proudly presenting a 80 km2 caldera with a depth of 700 m, and reaching heights of  2100 m at its summit, is placed in the northwestern part of Vatnajökull ice cap, north of Grímsvötn.

Of these volcanic systems, Grímsvötn is by far the most productive with 480 eruptions in 6.500 years, whereas Bárdarbunga prehistoric eruption frequency (which means in Iceland till 1.000 BP) reaches 330 eruptions during the same period of time and an average of 5 per century. On the other hand, tephra layers from Bárdarbunga are dispersed more widely, which indicates „more voluminous and/or longer lasting eruptions than these of Grímsvötn“. Additionally, there were 135 tephra layers which could be identified with Grímsvötn, 87 originating from Bárdarbunga and only 17 from Kverkfjöll since Icelandic settlement started in the 9th century. This gives Bárdarbunga the place of the 2nd or third most active volcanic system in Iceland in historic and prehistoric times – rivaling Hekla. (Larsen,  2011). But probably there were much more eruptions, mostly very small ones which couldn’t break the glacier surface. See also GVP:  http://www.volcano.si.edu/world/volcano.cfm?vnum=1703-03=&volpage=erupt

But Bárdarbunga also has the longest or perhaps – if Askja is competitive enough – the second longest fissure system of Iceland (around 190 km), extending to the south into the Landmannalaugar region (Veiðivötn, Vatnaöldur) and also some 50 km in northeastern direction from her outlet glacier Dyngjujökull. It produced not only one of the most important flood eruption events in historic time (Veiðivötn in 1480), but also an enormous lava field, the so-called Þjórsárhraun (2130 km3) 8.500 years ago. 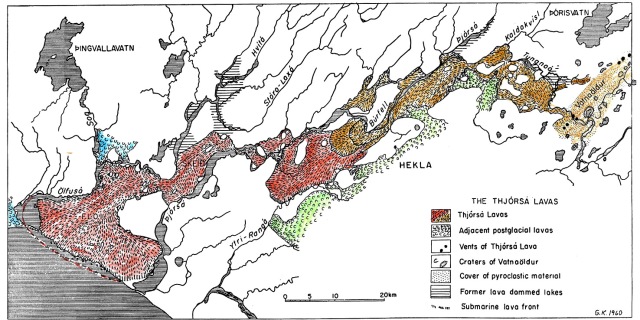 There has now been some earthquakes, one of them magn. 3.3. Like many other calderas, she shows unrest from time to time, which may or may not mean more. This is anyways a volcano which deserves some attention.

PS: Disclaimer – I am just a layman interested in geology.