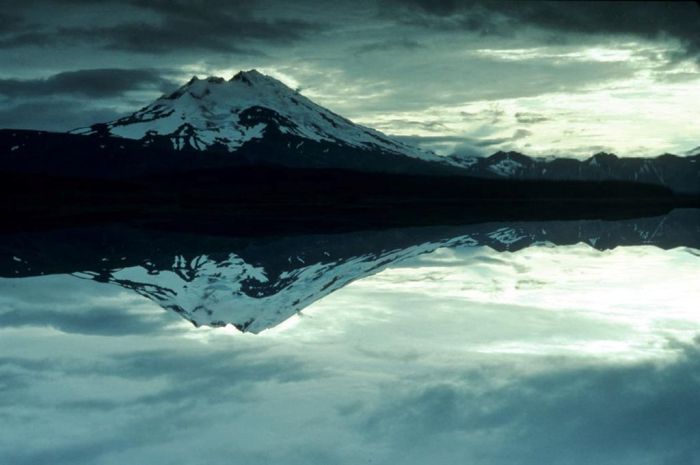 One thing I have come to understand about volcanoes is the long term effect they have on the environment. To really understand the size and impact of a volcanic eruption we have to put into perspective by comparing the effect with the environmental disasters we as humans have caused.

During the last year or so I have had reason to study Sweden’s largest environmental disaster, the Nautanen Mining field. The Nautanen mines where active from 1902 until 1909 and in comparison to other Swedish mines the Nautanen field is puny. Still it releases more heavy metals into the surrounding waters than all other Swedish mines, historic and present, put together. It is estimated that if Nautanen is left without any measures taken somewhere in the range of 50 to 100 tons of heavy metals (mainly copper) will be released into the surrounding waters. With today’s environmental laws this would of course never have happened, and the process is started to clean up this old and forgotten mine.

The greenish tinge is caused by the disolved copper in the water. I hope that the divers went through proper decontamination after the dive. Photograph by Fredrik Bäck.

This is though not an article on Swedish mining disasters, it was just to give a background to the effect of volcanism on the environment. So, let us now compare Nautanen to the second largest eruption during the last century. Enter Pinatubo.

I guess that most people will be associating Pinatubo with its climatic effects, mainly from the 17 million tons of sulfurous compounds and gasses, and of course the release of dust into the atmosphere.

But that is not even half of the truth behind Pinatubo’s environmental impact. Let us go through what was released during this VEI-6 eruption. While reading the numbers keep in mind the Nautanen maximum figure of 100 tons of heavy metals. Pinatubo produced 800 000 tons of zinc, 600 000 tons of copper, 550 000 tons of chromium, 300 000 tons of nickel, 100 000 tons of lead, 10 000 tons of arsenic, 1 000 tons of cadmium and 800 tons of mercury. All of it in the form of ash that was spread not only locally in layers tens of meters thick, it was also dispersed across the globe.

Street with houses and trees covered in the thick heavy metal rich ash.

The concentration of heavy metals is so high that it causes birth defects, cancer, neurological disorders, liver and renal failure, heart and lung deceases and the list just goes on and on. It has been estimated that Pinatubo has shortened the lifespan on the island of Luzon by as much as a decade. That equates to 7 000 000 people in mortality if we recount the lost life years into average human life expectancy in the Philippines. So, in a way Pinatubo is by far the deadliest eruption in the entire history of humanity.

Heavy metal output is not the only way volcanoes can affect us, even in remotely and scarcely populated areas the effect can be pretty big. At least if you are a salmon in Alaska looking for a partner to spawn with. 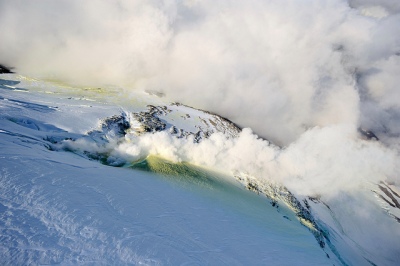 Mount Chiginagak is a hydrothermally active volcano in Alaska. In 2003 or 2004 it most likely suffered a shallow magmatic emplacement which affected the hydrothermal system under the glacier covering the top crater.

This caused highly acidic hot water to push out under the glacier inside the crater, this in turn melted the glacier above and acidified the glacial melt. In the end the entire crater was filled with an acidic lake of warm water. The water pressure became too great and it lifted the glacier and the very acidic water gushed out in the form of an acid Jökulhlaup.

There are no samples of how acidic the water was that gushed out, all samples were taken after the initial event and never from the actual acid lake. Later samples though give at hand that it must have been a very acidic lake.

As the water poured out it destroyed all life up to 150 meters height above Volcano Creeks water surface, most likely due to acidic mist. After that it poured on into the Mother Goose Lake where it lowered the acidity down to 2.9ph, effectively killing all marine life in the lake. As the acidic water continued it deprived King Salmon River of all life. It took until 2011 before the acidity in the water system was back to normal, and the fish life will take at least another decade to get back to normal levels.

The steaming top of Hekla. Image from Wikimedia Commons.

Fluoride is good for your teeth, it is in almost every commercially available toothpaste and mouthwash. In higher concentrations it causes skeletal fluorosis. It corrodes the tissues and washes away the calcium from the bones.

Hekla releases a large amount of fluorine during eruptions, it has caused a few mortalities, but mainly it has had an adverse effect on the sheep industry after larger eruptions.

The great Lakí eruption killed 25 percent of the population and between 50 and 80 percent of the livestock. Half of the mortality rate was from starvation, the other half was caused by fluorosis. Therefore it is imperative to use face masks during eruptions, and to avoid drinking affected water. 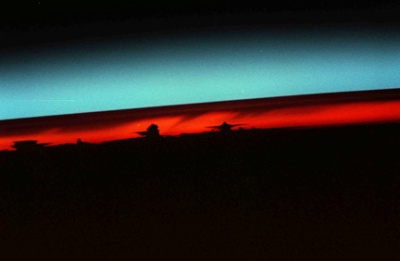 STS-43 image of ash in the atmosphere from Pinatubo.

I could have made this list far longer and gone for even larger examples. But I thought it best to keep to eruptions that are realistic to happen within our lifespans. Most likely we will all see a Pinatubo sized eruption again, we will also see more eruptions in Iceland, and the world is filled with acidic crater lakes.

In the end I wanted everyone to get a new and fresh perspective on the volcanoes that we love to watch. The biggest impact is most often not during the eruption, it is what follows.

A volcanic eruption can easily destroy livelihood, cause starvation, and create large inhabitable areas. When that happens out in the remote wilderness in Alaska or Iceland it is most often nothing more than a nuisance for the people living there, but if it happens close to a heavily populated area like in the Philippines the consequences will be dire.

238 thoughts on “Volcano or Environmental Disaster?”