While we are waiting for the expected fiery occurrence of Etnas Twentieth Paroxysm we can warm ourselves by watching expectantly the cams for Etna or go on a detour to Sakurajima. Or why not delve into the mysterious tremor encircling 20 percent of Iceland starting somewhere between Hekla and Katla reaching all the way around the Veidivötn Fissure Swarm.

It is heating up for a truly hot volcanic weekend, whatever ones interests are.

And as usual there is two points to be had before I append the clues. In the top Sissel is tightening the grip on the lead.

Image for riddle one. 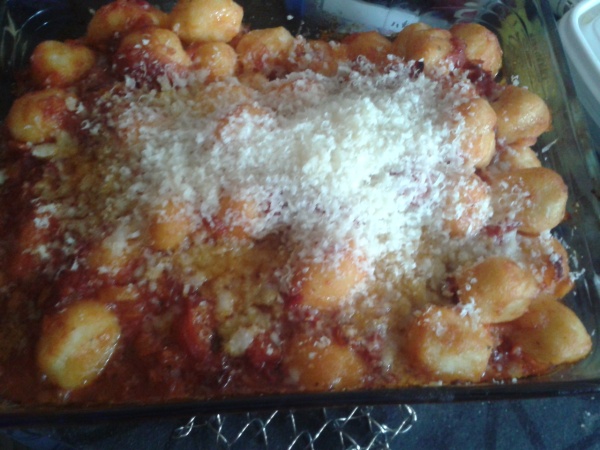 Normal potato dough with more semolina than flour: Cook the potatoes, peel them and press them using a ricer. Add the eggs and the butter and the semolina . Add flour till you have a dough which can be formed. Try not to work on the dough for too long. The longer you need, the worse the dough will become.  The amount of flour you need depends on the sort of potato. Form balls and trim them using a fork.

Poor this over the potato balls which should be stored in a glass form fit to go into an oven. Place grinded Parmigino or (cheaper) Gran Padano on top and bake it in the oven till everything is hot and the cheese begins to melt. Serve with some extra cheese.

If you want to check for another version of this recipe, look for Gnochi.