Batu Tara is another volcano that caught my eye while looking at volcanic ash alerts from Darwin VAAC [1] for Mount Sinabung (Darwin VAAC is having a busy time). Batu Tara is frequently active, producing ash eruptions rising to hundreds or few kilometres. 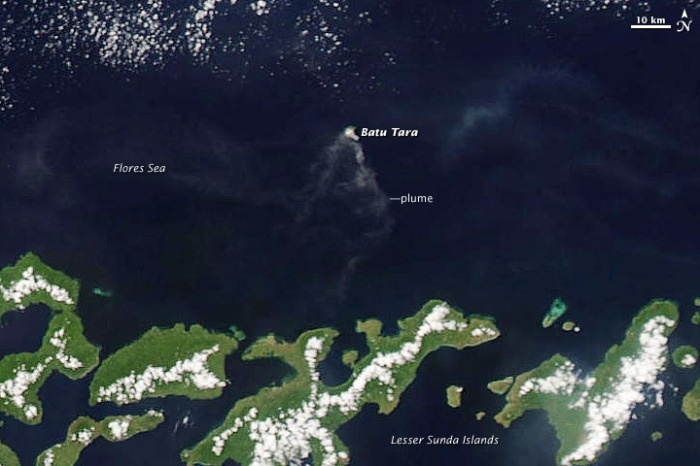 Batu Taru is an uninhabited island is in the Flores Sea. With a summit of 748 meters above sea level, she is the aerial part of a stratovolcano whose base is three kilometres below sea level. She has a large central summit crater of 900 meters by 700 meters diameter open to the east. On her eastern side is a flank collapse feature [2]. 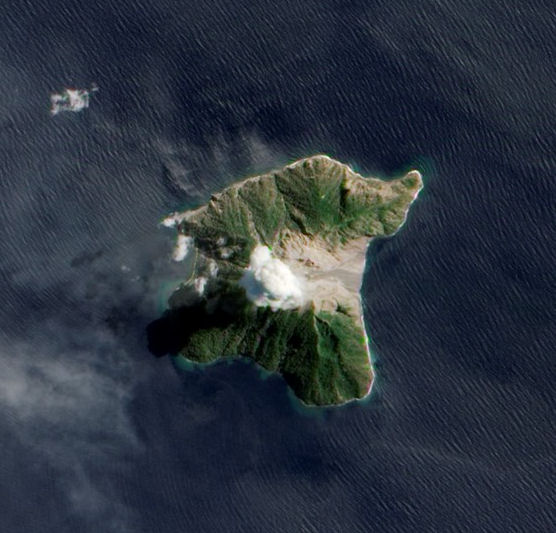 Not much is known about Batu Tara’s eruptive history. The only confirmed historic eruption was a VEI-2 during 1847 -52 that produced explosions, volcanic bombs and a lava flow.   On 1 July 2006, she started to erupt again (VEI-1) with an ash plume that rose to 5,000 ft. She has been erupting frequently since. Her eruptions have been strombolian or vulcanian. In March 2007, she had a series of stronger eruptions (VEI-2), which led to the evacuation of 15,000 people from Lembata Island, 50km to the south [2,3].

Batu Tara’s tectonic setting is ocean crust subduction zone [2]. She lies in the Eastern Sunda Arc, Indonesia, on young and thin oceanic crust north of the main volcanic Sunda-Banda Arc. She is near the convergent boundary between the Banda Sea Plate and the Timor Plate, north of the Australian Plate. The area is seismically very active, with many volcanoes and many large earthquakes [3].

Batu Tara, herself, is north of the main volcanic arc, which formed in the Miocene about 15 million years ago as a result of the collision between the Asian and Australian plates. We can see the subduction of the Australian Plate in the next three images of the five thousand most recent earthquakes in the area:

Fig 5: Most recent 5,000 earthquakes (to 25 May 2014) from IRIS. Source: http://www.iris.edu/ieb/ . Batu Tara is the tiny island west of the orange coloured earthquake in the red ellipse.

Fig 6: Depth v Longitude (colours denote depth) by the author. Copyright rests with the author and reproduced with kind permission of the author. 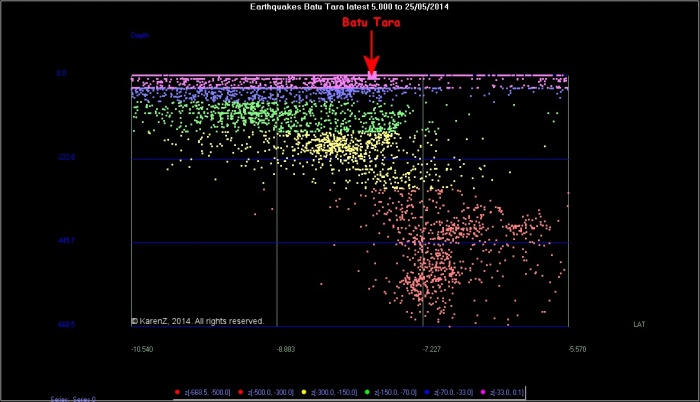 Fig 7: Depth v Latitude (colours denote depth) by the author. Copyright rests with the author and reproduced with kind permission of the author.

Batu Tara, herself, is about 230 km above the Benioff zone [5] for the subducting Australian Plate. , but, given the proximity of the Timor and Banda Sea Plates, sources for her magma may be more complex. Studies of her lavas do indicate parental magmas with different origins: subducted sedimentary/crust in addition to both mid ocean ridge basalt (MORB) and ocean island basalt (OIB). Partial melt of crust-contaminated MORB mix in the mantle wedge with partial melts of OIB domains. Potassium enrichment is attributed to both enriched mantle and subducted crustal materials [6,7].

Hope you enjoyed reading this. The usual caveats apply: “not an expert”, etc.. And if you would like to know more about the kind people who provided the photograph of the eruption at Batu Tara, Arenui Boutique Liveaboard, please visit their Facebook page: https://www.facebook.com/ArenuiBoutiqueLiveaboard