Picture of Mica from geology.about.com

Of which there are two predominant varieties in igneous rocks – Biotite and Muscovite – are a group of phyllosilicates; the name in allusion to the method and ease of perfect cleavage of the mineral into exceedingly thin laminae. They are characteristic of a wide range of rock type. Biotite, the mafic variety, is found in anything from Basalt to Rhyolite, whilst Muscovite is very unusual in volcanic rock, being more common in intrusive igneous and metamorphic rocks.

Olivine is the general term applied to a group of minerals of another infinitely variable continuous substitution series, of magnesium and iron silicates, the end members being Forsterite (magnesium Mg2SiO4) and Fayalite (iron Fe2SiO4). Forsterite has a melting point of 1890degC, Fayalite 1205degC, thus the temperature of the melt can be roughly determined by the composition of the olivine in the sample. It may be found that phenocrysts – crystals much larger than the ground mass of the rock – have a higher magnesium content than those of the ground mass and indicates crysyallisation began much earlier than at the time of emplacement. Zonation, where crystals have a Mg rich ‘core’ and have increasing Fe content towards the rim, also occur and is a similar melt condition/change indicator. Olivines are usually found in Basic and Ultrabasic lavas; Peridotites (Peridot an alternative name of olivine), are rocks predominantly composed of olivine and are assumed to be Mantle derived, occurring as rare lavas and as xenoliths in basalts – ie a fragment of the deeper mantle torn off by and ejected with the rising magma.

Excess silica in the form of free Quartz (SiO2), primarily occurs in Rhyolite in the acid division and in Rhyodacite and Trachyte, intermediary between Rhyolite and Andesite (Intermediate).

Metal oxides occur mainly in the Basic/Ultra-basic divisions, with Magnetite the most important (the presence of Magnetite in Basic rocks commonly leads to magnetic anomalies affecting compass bearings); titaniferousmagnetite and Chromite are found as density segregations in some very basic and ultra-basic flows, but usually are more economically important in intrusive complexes.

This brings us to Bowen’s Reaction Series whereby in a magma cooling from say 2000°C, different minerals fractionally crystallise at gradually lower temperatures – comparable in a way to the ‘cat crackers’ used in hydrocarbon refining vessels where different hydrocarbons are distilled off at different temperatures, To simplify, if the differing minerals crystallise they remove from the melt their components and the melt chemistry changes continually, but if these minerals stay available in the melt for resorption, the mineralogy of the melt changes to a different mineral suite with various component minerals coming out of the melt as their solidification temperature is met, until such time as total melt crystallisation occurs, ie the melt solidifies. Two separate convergent lines of melt alteration, one mafic the other felsic occur thus:

It is obvious that in coarse grained rocks the individual minerals are relatively easy to identify, but in fine grain volcanic material a thin section is invariably required. A thin slice is polished on one side, mounted on a microscope slide with canada balsam – a natural resin with the same refractive index as glass – and the slice is lapped down to 30 microns (0.0030mm). The section is then studied under natural and plane polarised light to identify the minerals present by their optical properties.

Finally, one for the ladies, a 4.2 carat Peridot gemstone – the common olivine in a better guise!! 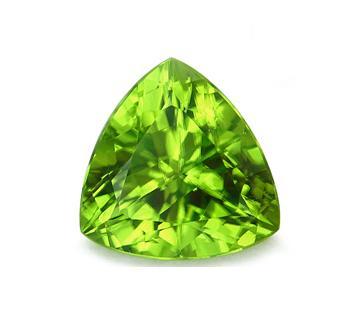 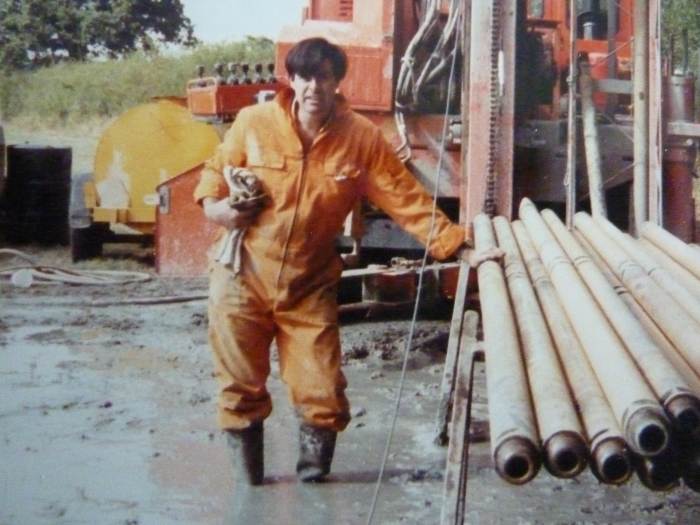 The proud Author doing something rather Scottish to a lot of mud.

233 thoughts on “An introduction to igneous rocks – Part 2”